Bhutan on Friday denied reports that China has constructed a village more than 2 kilometres inside Bhutanese territory near the contested Doklam plateau, despite clear satellite imagery and detailed map locations to the contrary. 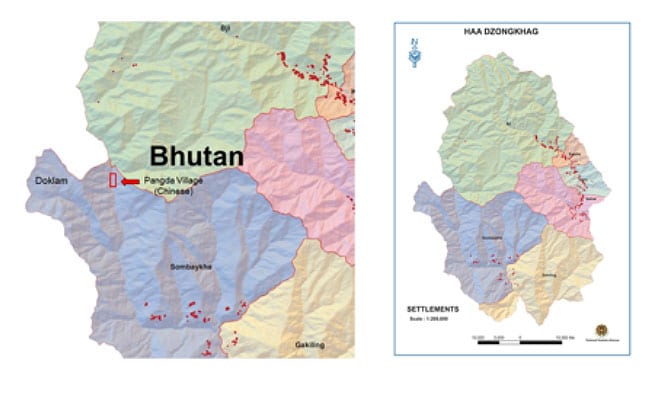 Reacting to NDTV’s report that highlighted what appears to be a clear Chinese incursion, Major General Vetsop Namgyel, Bhutan’s Ambassador to India, said, “There is no Chinese village inside Bhutan.”

On whether Bhutan and China had reached any understanding on realigning the border in the contested area, the Ambassador said he “does not comment on border matters.” He did, however, confirm that Bhutan and China were involved in border talks, a process slowed down by the coronavirus pandemic.

On Thursday, Shen Shiwei, a senior producer with CGTN, China’s state-sponsored media, showcased several images of the village which features a road and chalets by the side of a river and tweeted, “Now, we have permanent residents living in the newly established Pangda village. It’s along the valley, 35 km south to Yadong country. Here is a map to show the location.”

Beijing takes its South China Sea strategy to the Himalayas

How Army’s artillery modernisation plan, stuck in a rut after Bofors, is picking up pace

Beijing takes its South China Sea strategy to the Himalayas

How Army’s artillery modernisation plan, stuck in a rut after Bofors, is picking up pace

‘Jaish efforts to wreak major havoc and destruction have once again been thwarted’: PM Modi

USD 51 Billion Orders Likely To Be Executed By Navy For Surface Ships, Submarines In 10 Years: Centre

Eye on China, India sets up coastal radars in neighbourhood