Looking at a ‘risksharing’ model to develop an indigenous medium lift helicopter that will replace all imports in that class for the armed forces, India’s leading aerospace manufacturer has requested the government for permissions to go ahead on the ambitious project.

The Indian Multi Role Helicopter (IMRH) plan, project costs for which are expected to breach the Rs 10,000 crore mark, will have several unique aspects, including a design that will allow it to operate with two different engines so that it does not remain dependent on any one source. 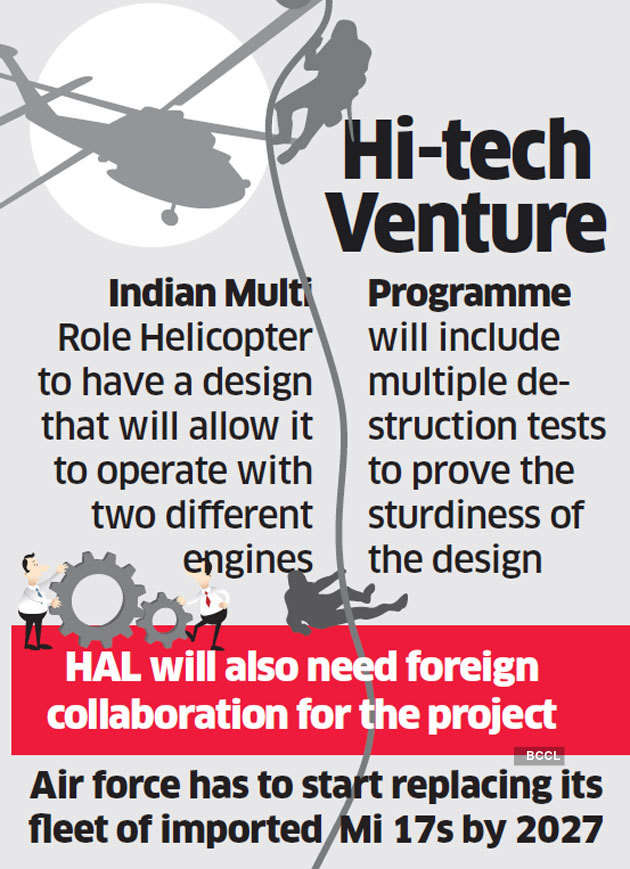 The scale of initial investments needed is particularly high as the programme will include multiple destruction tests to prove the sturdiness of the design before it can be certified for military use and it has to match up at least to the Russian origin Mi 17V5 that is intended to be replaced.

There is an urgency to process the permissions by this year, given that a six-year developmental timeline is expected. This would ensure that the Indian made chopper will be ready by 2027, when the air force has to start replacing its fleet of imported Mi 17s that will reach the end of service life.

Hindustan Aeronautics Limited (HAL) CMD R Madhavan has told ET that a different developmental model is in the works for the most ambitious Indian helicopter plan yet. “For the IMRH, we are looking at having two separate engine options.

The power requirement is high but manufacturers in France, Russia and the US have suitable engines,” he said, adding that the idea is not to remain captive to just one source that can drive up prices later once the chopper is ready for service.

The programme will require a heavy duty engine in the 2500 horsepower range that will need to be manufactured locally, given the potential orders in mind.

Boeing tells FAA it does not believe 737 MAX wiring should be moved: sources